The Dog With Aerodynamic Ears

July 20, 2014  •  Leave a Comment
Sometimes my wife and I babysit for her coworkers. The child that we watch is the 4-legged variety, which means no diaper changing... thank goodness. The little sweetheart's name is Spooner and he is a 10 year old Boston Terrier with a gentle personality. 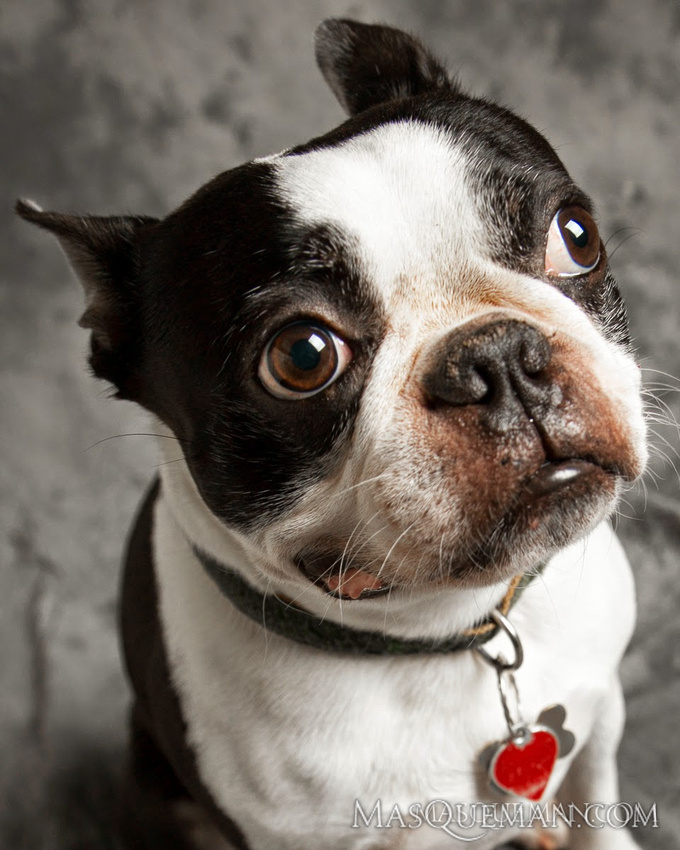 Boston Terriers are a dear to us because that is our canine breed of choice, having had 4 of them. All had large pointed ears which stood up straight giving them the appearance of strange bunnies or bats. Below, Zack is sneaking a kiss to the chagrin of Spooner... (wish the focus was better). 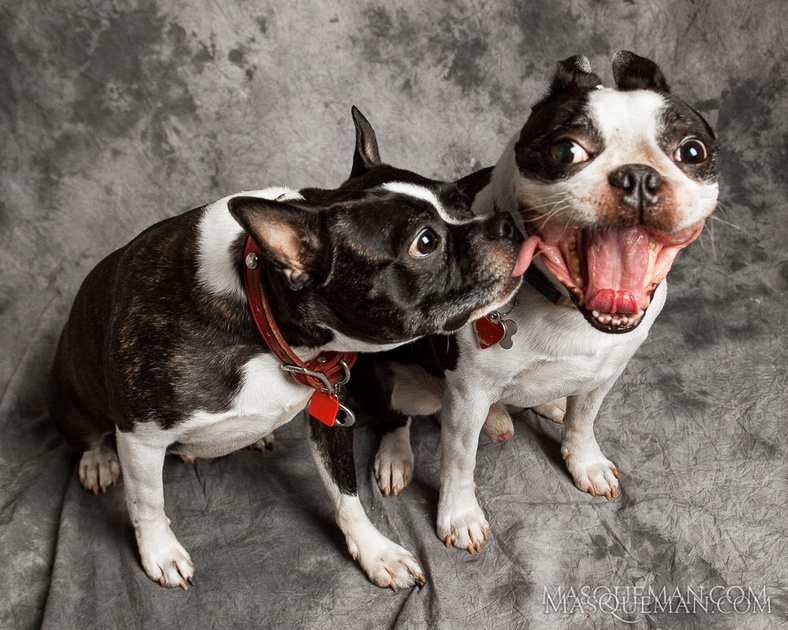 Spooner on the other hand, has aerodynamically streamlined ears that seem to be located on the back of his melon-shaped head. Below, it looks like he stuck his noggin out of a car window. 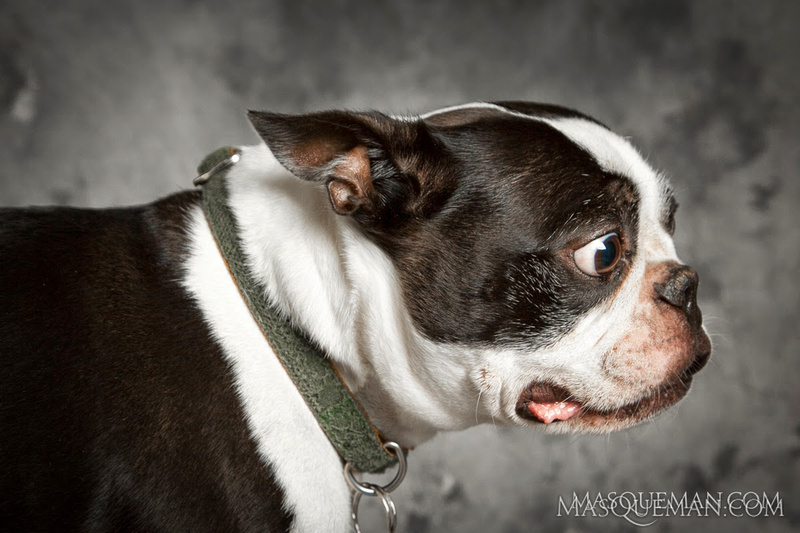 This physical characteristic was not something that I really noticed until I tried to take a photograph of him in a makeshift studio in my kitchen. Where did his ears go? 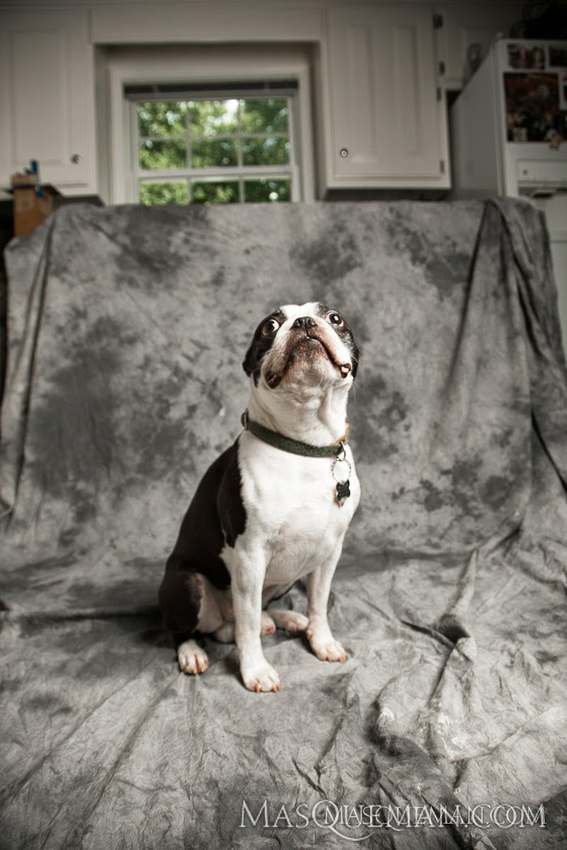 When making dog portraits, I use an old muslin backdrop because seamless paper is easily punctured by dog claws. To see his ears, I had to shoot at a very high "over the head" angle. 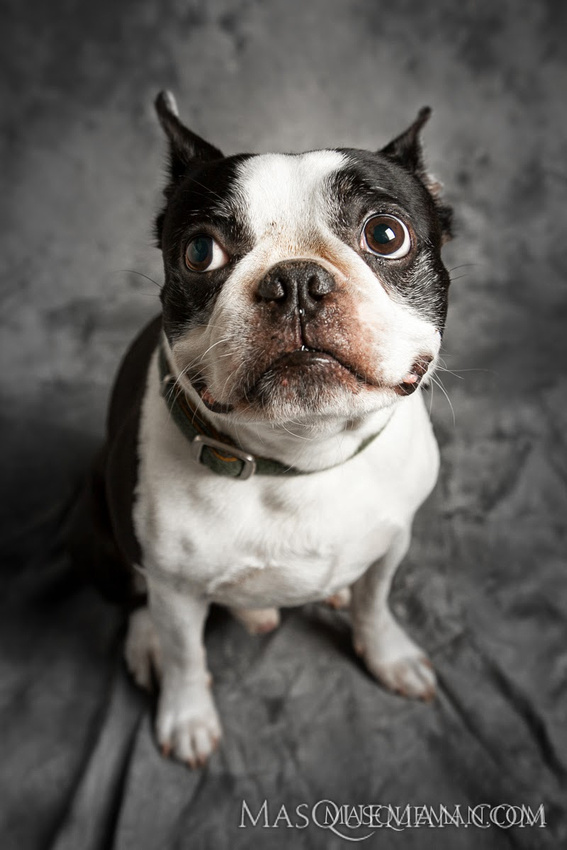 Probably my favorite photo shows him as he really is... stubby ears and all. The "S" on his chest could also stand for "Super" because that is what Spooner is. 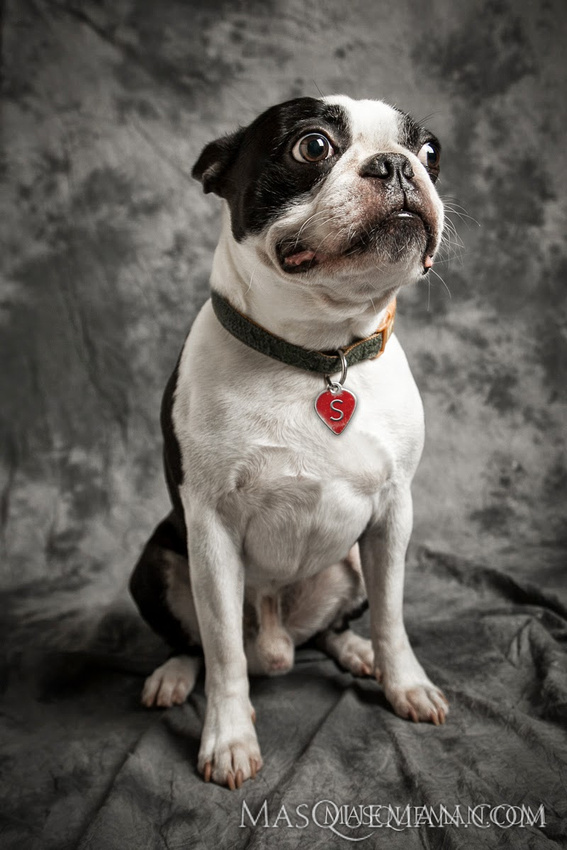